Domingo Rocche Is a Tzutuhll Maya from San Pedro la Laguna, AtitIan, Guatemala, a small vIllage on the shore of Lake Atitlan. His language Is Tzutuhil, one of the numerous Maga languages of Guatemala. Domingo began to paint at age 13 on cotton sugar bags his mother gave him. These first works were noticed by tourists and purchased. His formal studies In art were not approved of by his famliy because they were very poor, so Domingo went to Guatemala City at age 15 to work In order to earn a living. However, once In the city, Domingo was Introduced to the well known Guatemalan artist Rodolfo Abularach who taught him how to prepare canvases and Introduced Domingo to a gallery, “Sombol, a Gallery of Folk Art”, where he had his first exposition at age 16 In 1996. Domingo completed his junior high studies while painting and working various Jobs. Rodolfo encouraged Domingo to enter Rafael Rodriguez Padilla School of the Arts, a high school, where he studied from 1995 through 1999. Domingo received his first award for painting In 1995 from the school of the Arts and was given a scholarship to be able to complete the four years of study. He was also awarded a honor from the Swiss Embassy In 1996, winning the Guatemalan portion of the prize - these paintings traveled to Costa Rica and Switzerland. He was selected to participate In “Dante Ligere,” a Spanish Art School In 1997 and received honors for his work. He has received a wide varity of awards during the past 7 gears. His famliy and village support him enthusiastically In his work. Presently, Domingo Is visiting In Taos for several months. This Is the first time his work has been shown In the United States. 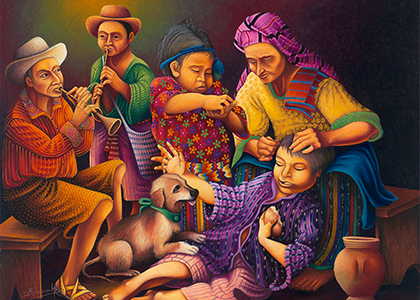 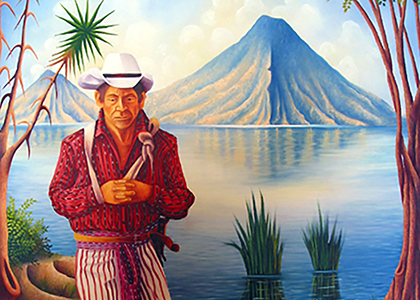 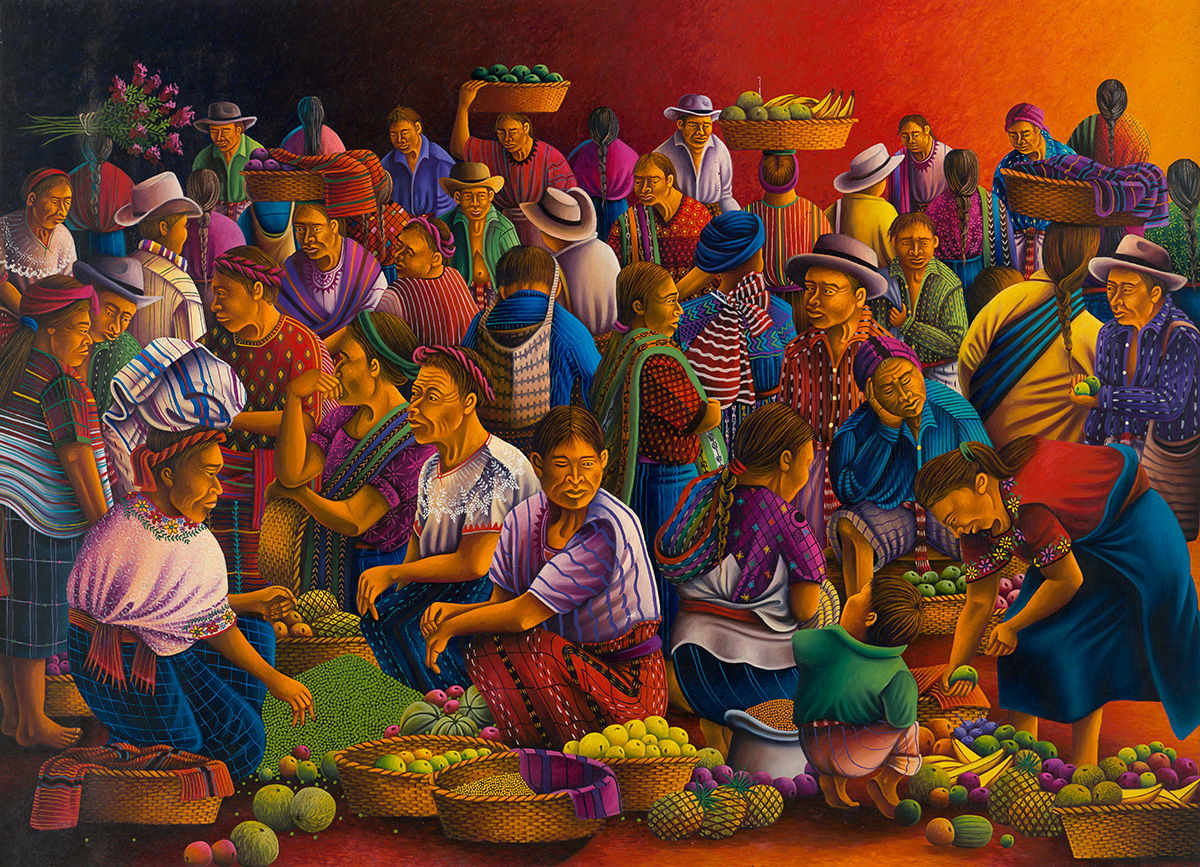 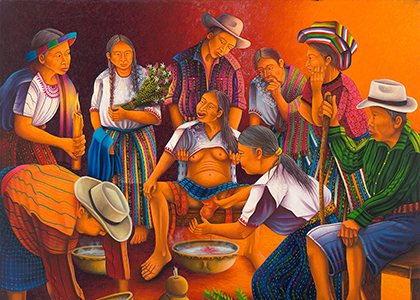 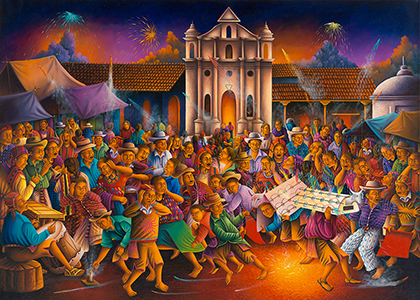