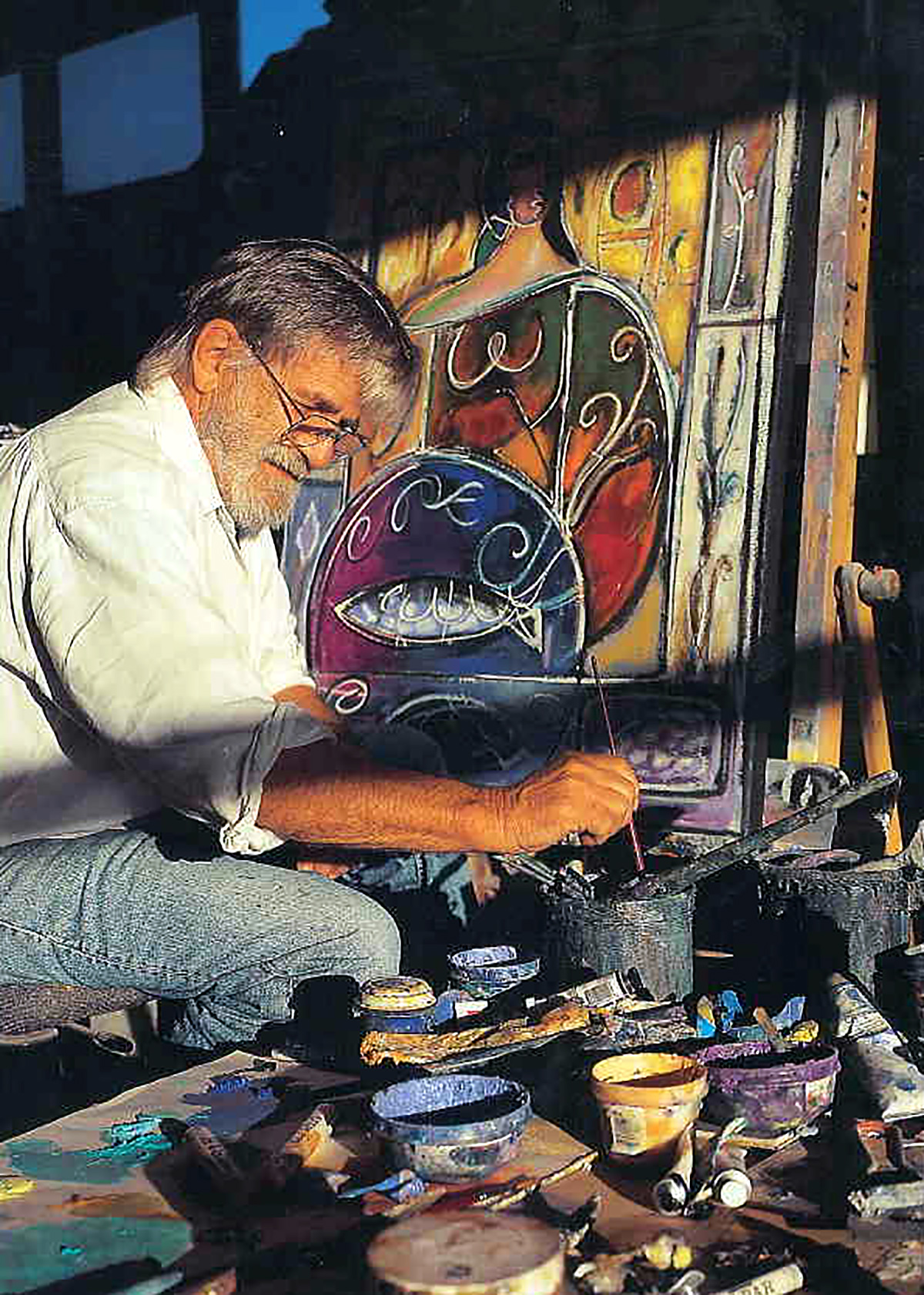 Bill Rane is known for his luminous and colorful oil paintings, married the classical with the contemporary. His timeless textured canvases are full of myths and glyphs and codices. His unique style encompasses goddesses and geese, pelicans and pomegranates, mythical animals and sea creatures. His range is broad - from the intuit of ancient cave paintings to the embrace of elaborate sea scrolls. The Hellenic female form appears in much of his work.

Bill Rane also wrote a poetic Bildungsroman novel titled, TALFULANO. On the back jacket there is reference to a work in progress titled: THE DIARY OF A TOMB PAINTER. Although he never wrote much for the book, he did live it. Bill mused on what images the Pharaoh, planning with his tomb painter, wanted placed on the chamber walls to aid his passage into the afterlife:

“Paint, no battles, no accomplishments. Paint the feeling of the great river winding through the land and lovers lying on her shores. Paint children at play in the bulrushes. Paint the graceful Ibis wading. Paint fishermen in their boats catching fish and the great muscled flanks of my horse, his exquisite head with his nostrils flaring. Paint the beauty of the Queen’s sad eyes, the curve of her neck and bodice. Paint the great ocean with her sea birds. Paint the feminine… paint women washing clothes at the river’s edge, women in the market, mother with child. Paint musicians playing and villagers dancing. Paint the great mating rituals of men and of beasts. Let your brushes and your paint celebrate the beauty of life, tomb painter! It is remembrance of the light that ferries the soul to the far shore.” 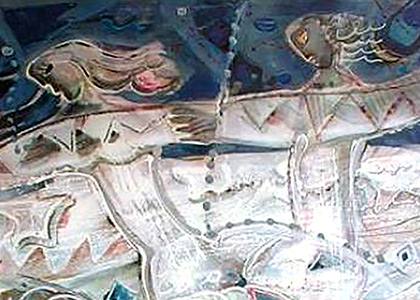 The Night the Horse got Loose 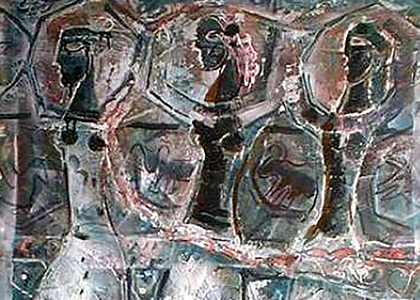 Women from the Third Temple 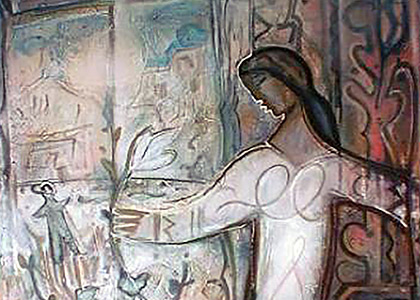 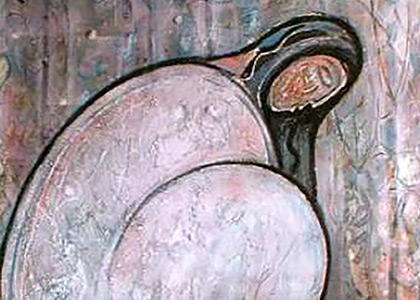 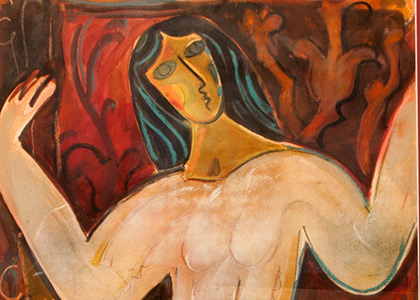 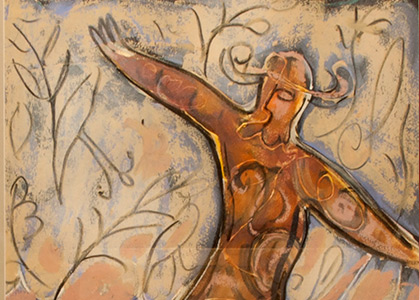 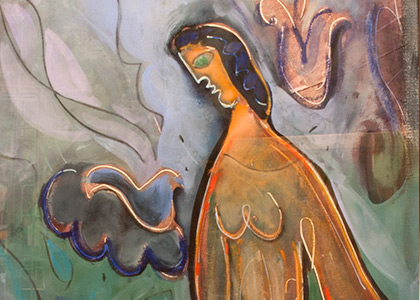 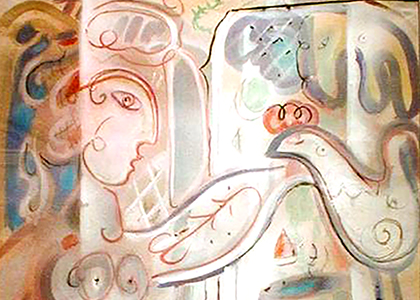 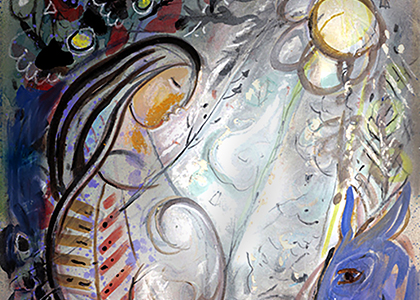 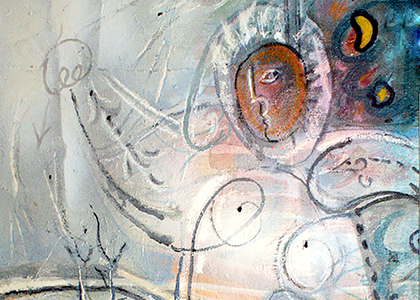 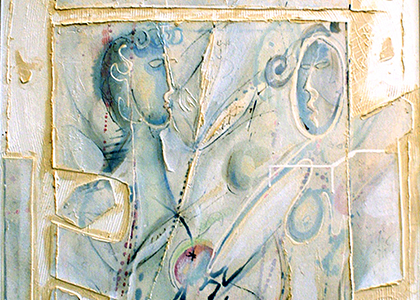 Adam and Eve and the Apple 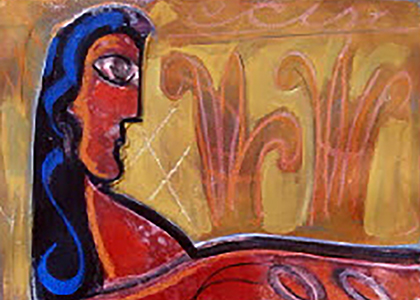 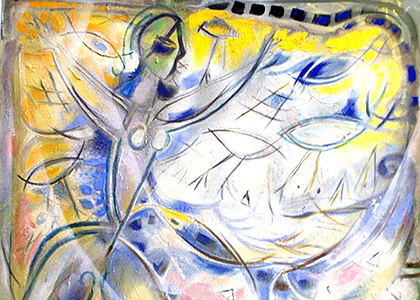 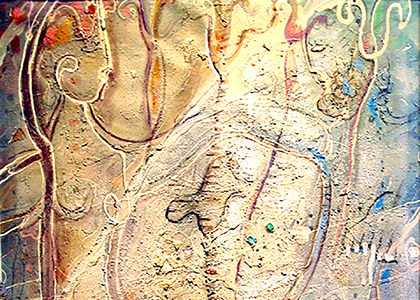 Man and Woman in the Bullrushes

Adam and Eve and the Apple

Man and Woman in the Bullrushes

The Night the Horse got Loose

Women from the Third Temple